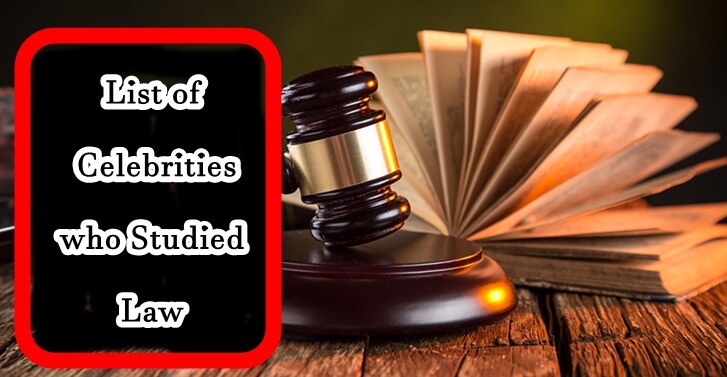 A few well-knownÂ actors, musicians, and athletes have a law degree. Numerous previousÂ child stars went on to become successful lawyersÂ in their career. The followingÂ listÂ containsÂ famous personsÂ who studied law. These celebritiesÂ fascinating and different careers demonstrateÂ that it can lead to many great things.

Studied: Law at the University of Havana

Studied: Earned his law degree and various doctorates from Columbia University and the London School of Economics.

Studied: Law at the University of Paris

Studied: He got his JD from the University of Virginia School of Law in 1977

Studied: Â law degree from the UCLA School of Law

Studied: J.D. from the Benjamin N. Cardozo School of Law